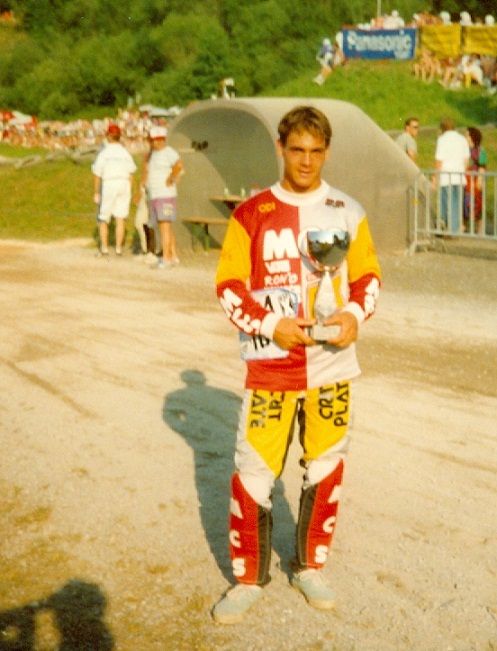 Christophe Leveque has been crowned the KING of CHAMPIONS, holding 7 World titles in the highest age/performance classes and another 2 titles in lower age classes, which makes his total: 9 world titles won, up and till this moment. Who will beat this record?

Christophe Leveque (FR) is one of only 3 riders that succeeded in winning a 20 and 24 inch European Championship title in one year during the 19 years of European BMX Championships. The orther 2 are Pierre van Zuijlen (NL) and Eric Minozzi (FR).