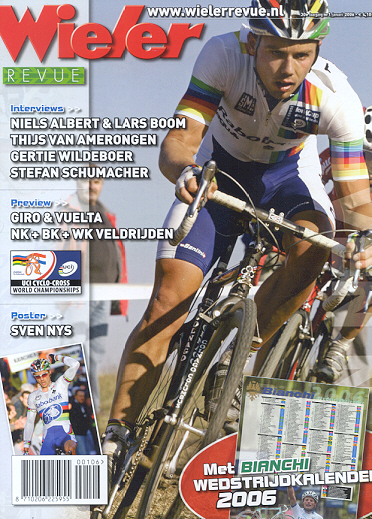 Old Skool BMX' er Sven Nijs has been unbeatable this past winter. Although Sven was not able to prolong his 2005 World Title in Cycle cross, this 2006 season Sven was almost unbeatable winning the UCI World Cup series 2005/2006, among other things.

Update Sven Nijs during a Press-conference

Updated April 2003: Old Skool BMX’ er and former member of the WEBCO team Belgium, changed from BMX to Cycle Cross in the early ’90 and is doing very well indeed in this discipline. Just recently Sven became the Belgium National Champion Cyclo Cross 2003 in the Elite Men class. He owns already a World Champion title and is a “World Cup” series winner in the Cyclo Cross discipline.

February 10th he also did conclude the so-called “Super Prestige” Cyclo-cross series (the last out of 7 events) by winning in Harnes - France. This was the 4th time that Sven did win the “Super Prestige” series. 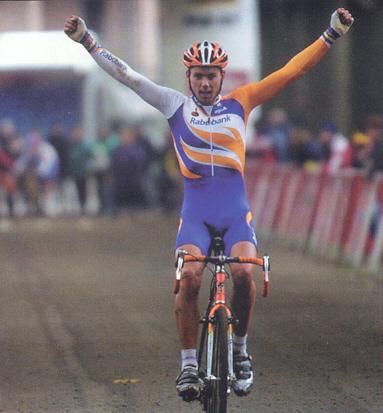 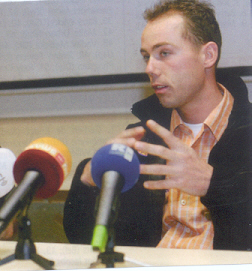 By the way, in the first of January an International Cycle Cross has been organized in the small town were Sven lives and this event carries Sven name: “Grand Prix Sven Nijs” held in Baal - Belgium.

Nice detail, this year 2003 Sven did win his own race as well and won about € 23.000,= just for this race. Sven will be one of the “famous” Old Skool BMX’ers present at the September 27th 2003 celebration of 25 year of BMX in Europe, which will be held in Dessel - Belgium, close to the city of Turnhout (about 15 minutes from Eindhoven - Holland).