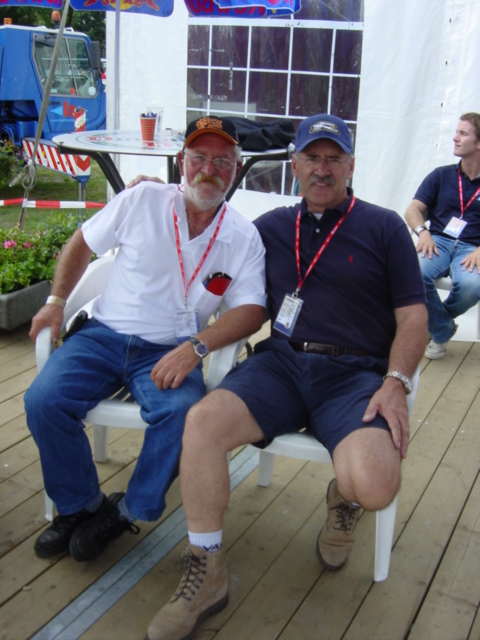 During the Worlds in Valkenswaard  Holland, July 2004 I did meet among others, with an old friend of mine who retired from BMX about 3 years ago, after the Worlds in Louisville Kentucky - USA. His name is Eddy Posthuma. As probably most of the present international riders know, Eddy has been a head-official (track) for many years at European International events and World Championships all over the Worlds.

I find it hard in a way, that when top riders and/or international officials stop with their activities, it seems they disappeared from the face of the earth. In my view, those concerned deserve a place on a podium, where they can and will be remembered.

A sport with no history is no sport and the people I am talking about did mean something for the sport of BMX and therefore their history has to be written down for which I use the University of BMX website. 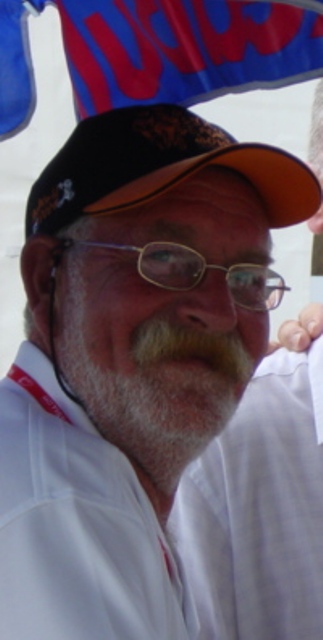 Eddy Posthuma is one of those men who has to be remembered for the work he did for so many years. Eddy got involved in International officiating thru me at the European Challenge Cup events in the '80 s. Was active at European Championship events, World Cup events and Worlds Championships. As a friend I personally want to thank Eddy now, for all the work he did and experience he transferred to others, now active at the same positions as Eddy was himself, here in Europe. After ending his work in 2001, the Worlds was the first time since then that he saw a BMX race again.

Because of back problems, Eddy has to walk on crutches now a days, but for the rest he is the same man as before. We all wish him the very best and a good health for him and his wife. Good luck Eddy and again thanks for all your work.