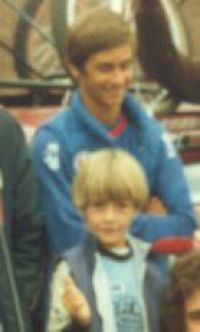 One can call Philippe the pioneer and trend setter for French BMX.

He was the first ever National Champion of France in the oldest age class in 1979.

Philippe was a good promoter for BMX, competed also in the AVRO GOLD CUP TV event in Waalre-Holland in August 1980.