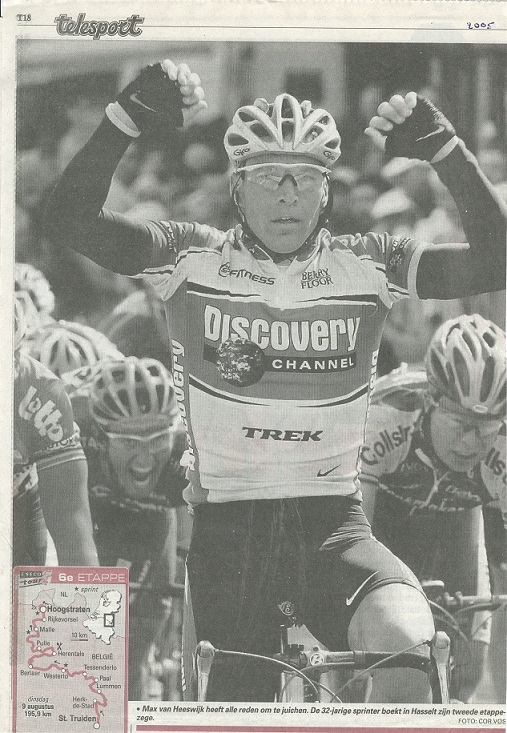 Updated July 2002. Old Skool BMX'er Max van Heeswijk (Holland), now a well respected full professional cycle racer, did win a leg of the ROUTE du SUD, an important race event to prepare for the famous TOUR de FRANCE. At the foot of the Pyrenies in France, close to Spain MAX did beat his competitors in a mass sprint. Van Heeswijk is a member of the DOMO/FARM FRITES sponsored road cycling team. Watch for him during the upcoming TOUR de FRANCE.

Did meet Max van Heeswijk after many years again in Dessel, during the 10th anniversary of the BMX club in Dessel. Max retired from road racing since a couple of years. During the past years Max wa among others a teammember of Lance Amstrong in the US POSTAL cycling team. By the way, Max did not loose his BMX skills, he won the old school veterans class at Dessel! (see History of BMX October 2010).