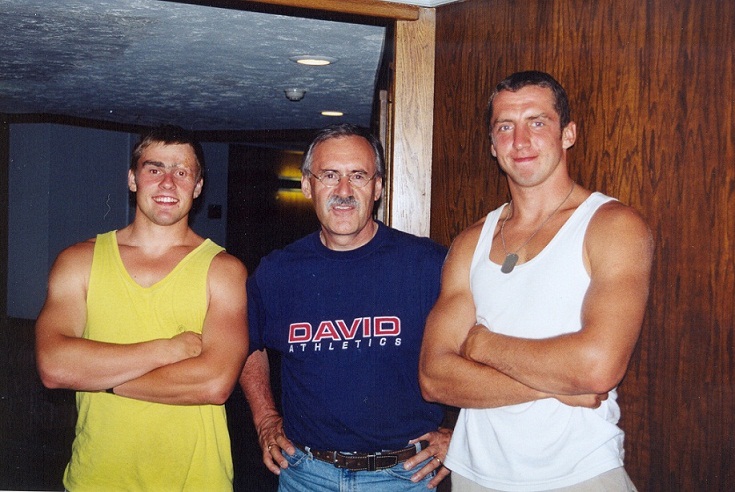 Seen on this picture Gerrit Does with on his right Ivo Lakucs , one of Latvian's top BMX athletes and Olympic Games veledrome participant. On left of GD Janis Vanags of Latvia. Janis was one of the first young Latvian BMX racers that came to the European Challenge Cup in Slagharen - Holland in 1989. At the time the iron curtain still existed and this trip to Holland was a very special one for the Latvian BMX team led by Janis Silins and Aldons Vrublevskis. Janis Vanags had to stop racing 2 seasons ago, due to his study and after that work. This year he picked up his BMX activities and became World Champ in his age class in Valkenswaard - Holland in 2004. Picture taken during the 2001 USA BMX Worlds in Louisville.